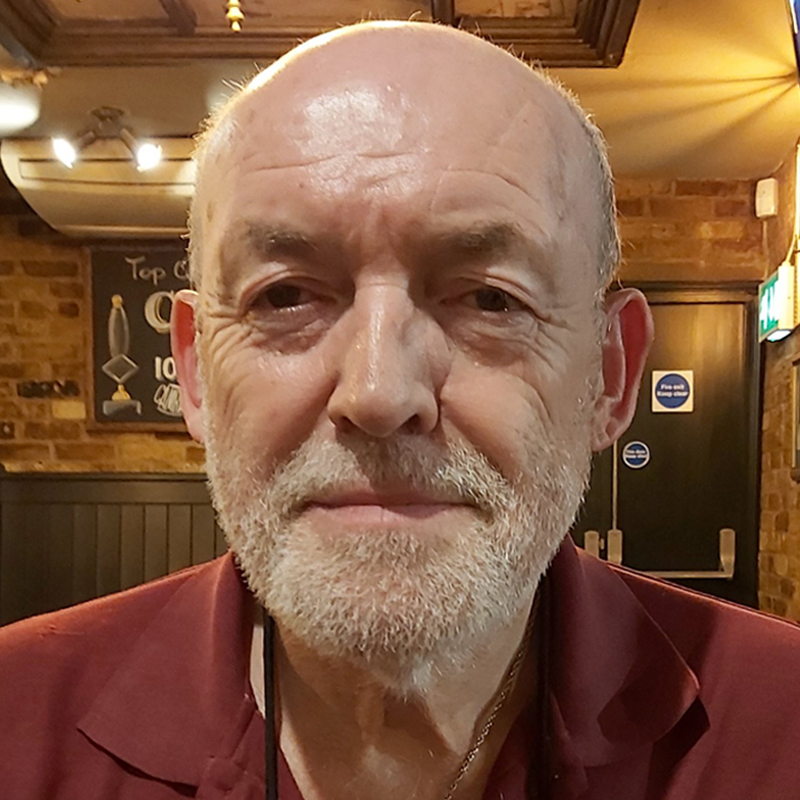 Andy joined Harrow RA in 1986 when meetings were held at the Travellers Rest in Kenton, the Harrow Labour Party local HQ in Wealdstone,  the Harrow Conservative Club in Kenton, Broadfields Sports Club in North harrow, before finally settling at its current home of Tithe Farm Sports and Social Club at Rayners Lane FC.

In 1990 the then Training Officer, Fred Kempton needed help, so Andy’s career in Referee Training started, Basic Referees' Courses in those days being held at Kodak Sports Club, North Harrow. In 1992 he attended the FA Registered Instructors' Course at Lincoln and returned the following year to gain his FA Referee Licensed Instructor qualification, which he has maintained ever since. During the next few years, he was often used as a Group Instructor by the FA on their various Instructors' Courses, as well as going out and appraising Instructors in the field.

In 2006 he was selected to become the first Referee Development Officer for Middlesex FA. Initially, it was a part-time role, but with his hard work, it soon became a full-time role, holding this position until a restructuring in 2010 when the role was changed and he left the post.

In 2011 the Secretary/Training Officer, David Roberts suggested that Andy was ideally qualified to become Harrow RA’s new Training Officer, a role he has carried out until this day, often being called upon to fill in at short notice to deliver interesting and challenging sessions for the members, and in conjunction with Chris Hartley, organising and delivering the annual Harrow RA Christmas Quiz.

Whilst not very active these days in refereeing terms, he is still very involved in Referee Training and Development. From a training perspective, as well as running Basic Referees' Courses for Middlesex, Surrey, Berks and Bucks, Hertfordshire and the AFA, he delivers Referee Courses for Walking Football and Mini Soccer and In-Service Training events for Promotion Candidates and Basic Futsal Referee Courses for the FA.

From a development perspective, Andy is an Observer for the FA on Contributory Leagues and at Supply League level and for Futsal, both on the National Futsal Series (NFS), National Futsal League (NFL) and FA Cup matches and also for Middlesex FA. 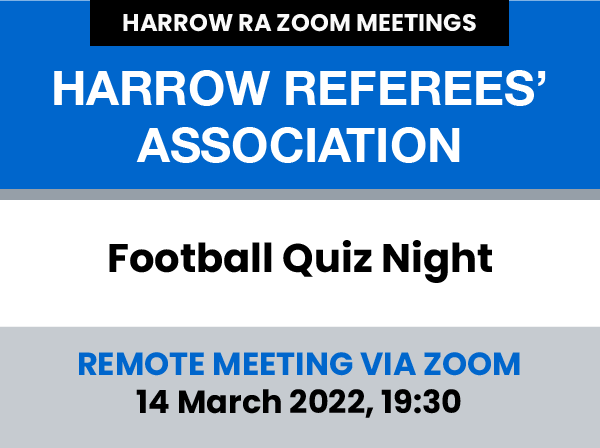 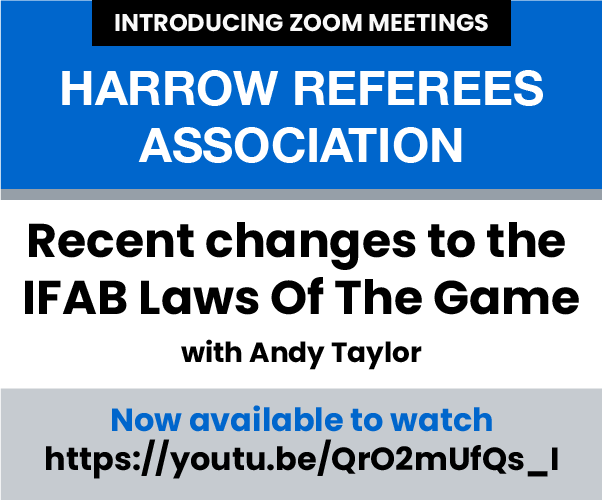